Ken Wright – previously featured here in a runner profile ran his 250th parkrun on December 10th – joined by son James & nephew Stevie in his run. He’s a Roundshaw Downs parkrun regular (212 runs), but also has some internationals to his name; Gdynia & Gdansk in Poland, and Bere Island in Ireland.

He did his 250 in just over 5 years, somehow managing 250 runs and 20 volunteer (not running too – there are more still as tail runner, or pre/post event roles). He started running aged 65, now 70 – he tells us he is often first in his age category – and often alone in it!

He is, frankly, an inspiration – he says 500 is a long way away – so instead he is contemplating his first ever half marathon!

Our club, Chiltern Church Runners, came in numbers (we had 18 turn out to run, 4 more as volunteers, and some as spectators) and were very glad to form an ‘honour guard’ at the finish – armed with party poppers, and under a special finishers banner. Also assisted by Michael from Holy Trinity Wallington and Chris from Good Shepherd. Ken, I am told, was made to feel a bit special – quite right too. Thanks to all for coming. 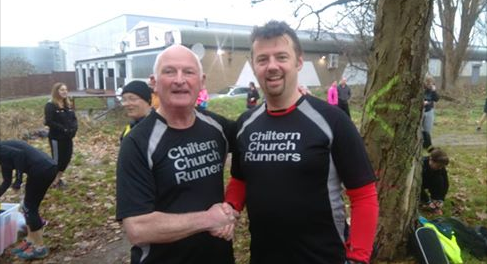 Thanks to both Tamsyn, Ken, and Maria for the goodies & indeed Maria and Alan L for the banner. 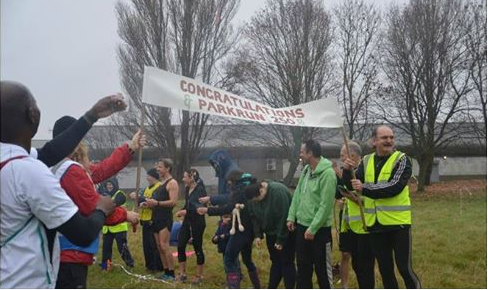