In December 2015, Kirkpatrick Memorial Presbyterian Church (KMPC), in East Belfast, launched a parkrun initiative as a way of raising levels of physical activity & exercise throughout the Congregation. The concept involved making use of the nearby Stormont parkrun (and indeed any others in Northern Ireland) to encourage KMPC members to meet up on a Saturday morning and participate, building our local community and encouraging what we call “Life Together”.

The concept centred around a collective challenge. Could the KMPC Congregation walk, jog, run and volunteer their way to 1000km of parkruns between 1st January & 1st May 2016? This was named the KMPC 1000km to May Challenge and was announced to the Church Congregation on Sunday 27th December 2015, following the Christmas festivities. The announcement informed everyone about parkrun, how to register, and how KMPC members could all be tracked in the Challenge, and welcomed everyone to take part.

There would be 19 parkruns to reach the target (needing 10-11 runners per parkrun), starting with a double on New Year’s Day and Saturday 2nd Jan. Pleasingly, we got off to a great start with several “First Timers!” joining parkrun and we quickly started clocking up our group kilometres! By the end of January, we were 6 parkruns into the Challenge and doing well, thanks to all the New Year’s resolutions being seen through and plenty of good intentions, even in the cold, wet and windy weather! Despite initially being behind schedule at 290km (target 315km), we were still encouraged by the 21 “First Timers!” and 16 new PBs in 29hrs of physical activity. These statistics were presented to the congregation in another announcement in February which continued to encourage more members to come along and get involved, every completed parkrun counted!

More KMPC members responded and we soon closed in on the halfway marker by parkrun #9 in late February (our total was 495km), adding 9 more “First Timers!” of all ages and abilities and running 11 more PBs, bringing our total up to 50hrs of community exercise. The great news was that we were back on track to complete our Challenge, and in fact, now 20km ahead of our schedule landmark (475km). The females were 85km ahead of the males, so a bit of a gender battle also began to develop as that gap opened up.

At this point in the Challenge, we began to realise that there was also an opportunity to create some fundraising to coincide with all the physical efforts, so that the entire Congregation could play a role to support those members who had the availability to join the parkruns. It was decided that we would print envelopes for the pews and request that KMPC members seek to share these with friends and family in an attempt to raise £5,000 for the work of Scripture Union of Malawi and specifically the Kande Project.  The particular project was chosen because one of our church members, along with his family, is currently working in Malawi as an SU Staff worker. Essentially, we were seeking to get every kilometre in our 1000km Challenge sponsored with a £5 donation. 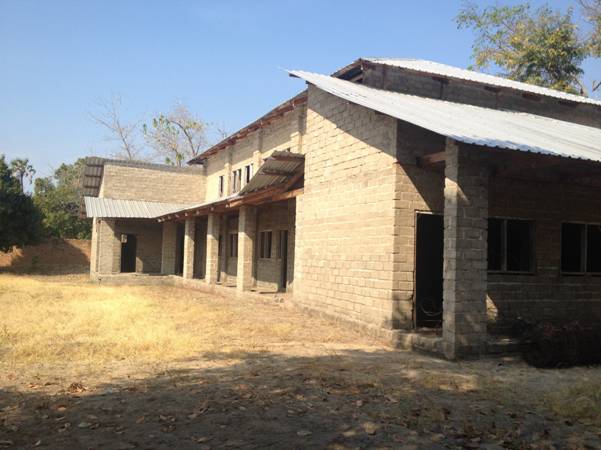 As the Challenge progressed through March and April and the weather eventually improved, we began to see regular KMPC faces, but often some new ones as well, mainly at the Stormont parkrun, although other parkrun venues were also being used as well. Many young families started to come along, bringing their buggies, young children or teenagers and running together. At the finish line, KMPC members would congregate and applaud other parkrunners and encourage everyone to push for the finish line. Our 1000km to May Challenge really gathered momentum by this stage and the target looked certain to be accomplished.

We finally surpassed the 1000km milestone on parkrun #17 on 16th April, with 2 parkruns left to spare! At this point, by some feat of chance, it was discovered that the distance between Malawi’s Northern and Southern borders is approximately 1,118km, so we encouraged a final big push to cover that new target. By the final parkrun, we just made it, with 52 KMPC members, 44 “First Timers!”, of all age ranges, contributing to a total of 1,120km, across 6 different parkrun venues in Northern Ireland. Our challenge generated 81 PBs in a total of 110hrs of physical activity and the KMPC females (615km) finished well ahead ahead of the males (505km) winning the gender battle by 110km! It was great to have effectively parkrun our way across Malawi!

Now 6 months on from completing the Challenge, the KMPC Runners have continued to complete weekly parkruns and have “Life Together” on Saturday mornings. Indeed, one of our members came back to parkrun after a few years absence and managed to reach their 50 landmark in July. KMPC also submitted a couple of teams to complete the Belfast Marathon and a few of our first timers have gone on to run their first 10k events. Some of our young female members have caught the bug and are progressively getting faster and two of our members have gone on to complete their Leader in Running Fitness Award and have plans to provide a community Couch-2-5k through the KMPC network. One member has even gone on to complete the Coach in Running Fitness Award in an attempt to help people achieve new distances and new PBs!

To close our challenge, three KMPC members – including one of those who’d contributed to the 1,120km – visited the KMPC family who are living and working in Malawi at the end of August 2016 and saw, first hand, the work that the funds raised from the Challenge would support as SU Malawi seek to develop their facilities for children’s camps on the shores of Lake Malawi.  Needless to say, both SU Malawi & our own KMPC family were hugely grateful of the efforts made by so many members over the course of this past winter.

What the members said:

“I have been involved with parkruns for several years now, but always as an individual.  When the opportunity arose to run as part of a group within our church, I naturally jumped on board!  What I found was that many members of our church signed up and got involved, many for the first time both running and volunteering.  It proved a great way of meeting new people within our church and also forged a greater sense of belonging with our local parkrun at Stormont; helping me feel more connected and proud of the work the parkrun organisation does, particularly the team at Stormont. Other churches, organisations, groups and even schools should try this out…  Community parkrunning!” – Graham

“The KMPC challenge encouraged me to don my trainers for parkrun for the first time in about five years! I have thoroughly enjoyed getting involved in parkrun again, but most of all I have loved the fact that my three daughters (8,9,10) came along too. I would never have thought to take them to parkrun without the KMPC challenge. The acceptance of all abilities and ages was so encouraging in the KMPC team – there was ALWAYS someone from KMPC cheering myself and my three daughters across the finish line. parkrun is an amazing, welcoming opportunity for all and the KMPC challenge in particular has been a truly wonderful time for my family and also our wider KMPC family as we got to know people better, encouraged and inspired each other and challenged ourselves to meet our individual and joint goals.” – Sheryl

“I had heard of parkrun in the past but had never ventured near it until I was encouraged to take part in the KMPC challenge. I would have described myself as an occasional runner/jogger at best, much preferring to exercise indoors! But joining parkrun and the KMPC challenge has increased my confidence and encouraged me to push myself harder and set fitness goals for myself. I always feel such a sense of achievement when I see those PBs!!

The challenge has also been a wonderful opportunity to connect with others from KMPC in a social setting.” – Fiona

The 1000km to May Challenge was made possible by creating a new running club on the parkrun website and asking our Church Members to point their parkrun profiles to this club. Each Saturday, the Club Administrator for the group was provided with a consolidated list of members who participated and was able to calculate a group total and other relevant statistics.