Another January National, and it looks like we got a record turnout– better weather was a help this year.

In total there were 238 runners (68 up on last year), across 89 parkruns (half as many again as last year) running for Christian running groups/churches. Please note some runners are not listed in the individual results due to GDPR issues.

So not just National – but very International this time.

Some familiar names, and some new, 25 clubs or churches in all.

Small club prize goes to Grace Church Dulwich Runners, a spot prize to Holy Trinity Hastings for a great effort turning out more runners than usual, and obviously the win to Tailenders.

Great efforts from all of you though!

And one other result is the 2018 churchrunner trophy for most consistent performance in mob matches goes to – St Patrick’s Tigers – well done.

For those down south – or who fancy a visit our next mob match is at South Norwood on March 9th – do come along.

Rupert Quested reported in from Australia -I ran at Yokine parkrun (name being pronounced to rhyme with “sign”, and not “seen”, which you might expect). I was 75th finisher in 33:44.

It was a good choice for a reasonably good time. The course is pancake flat and smooth concrete paths throughout apart from a few yards of grass at the start and finish. It was not excessively hot although where we were later, a few miles further inland, the temperature went up to 41C (105F) by mid-afternoon! 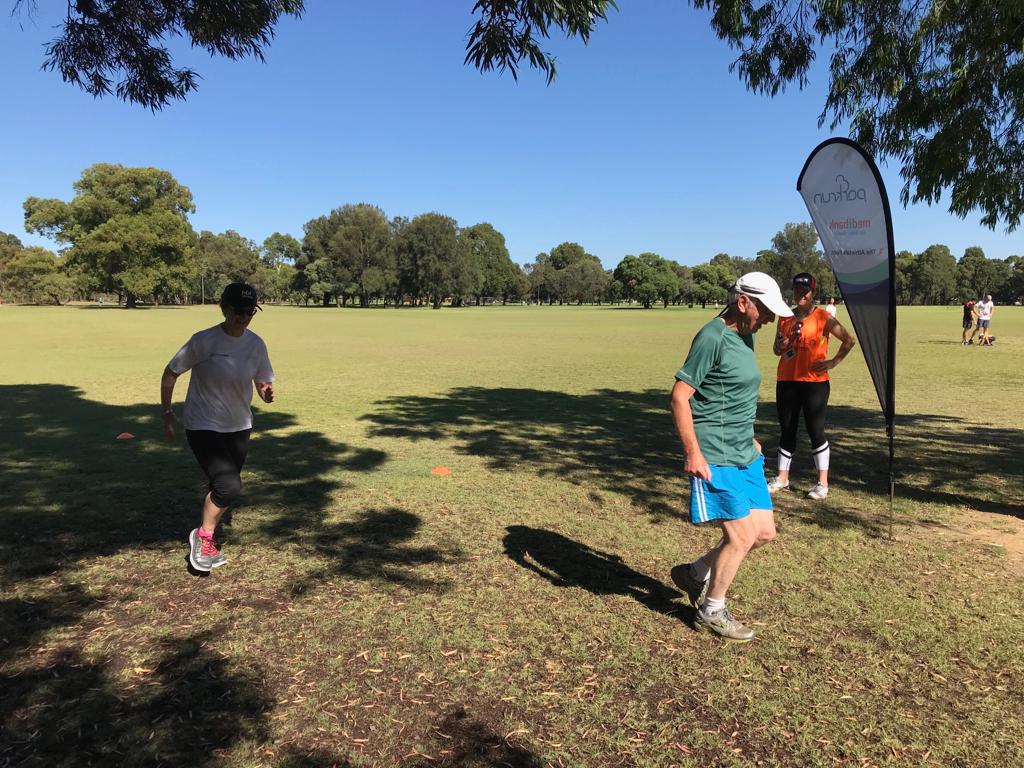 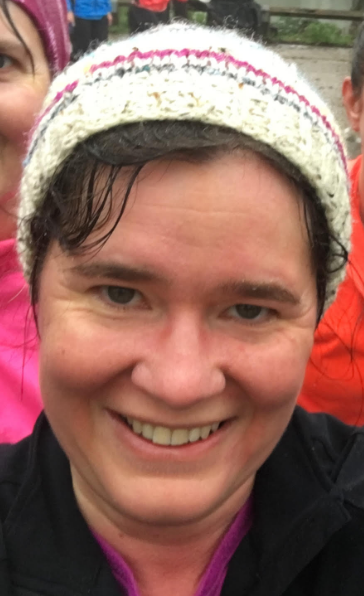 Lydia Graham (pictured above) ran Horsham, and was still smiling at the end – fab to see. Horsham was one of a number of places where runners physically coincided – but I don’t think Lydia realized Val Church of Christian Runners UK had pipped her by a mere 30 seconds that day! 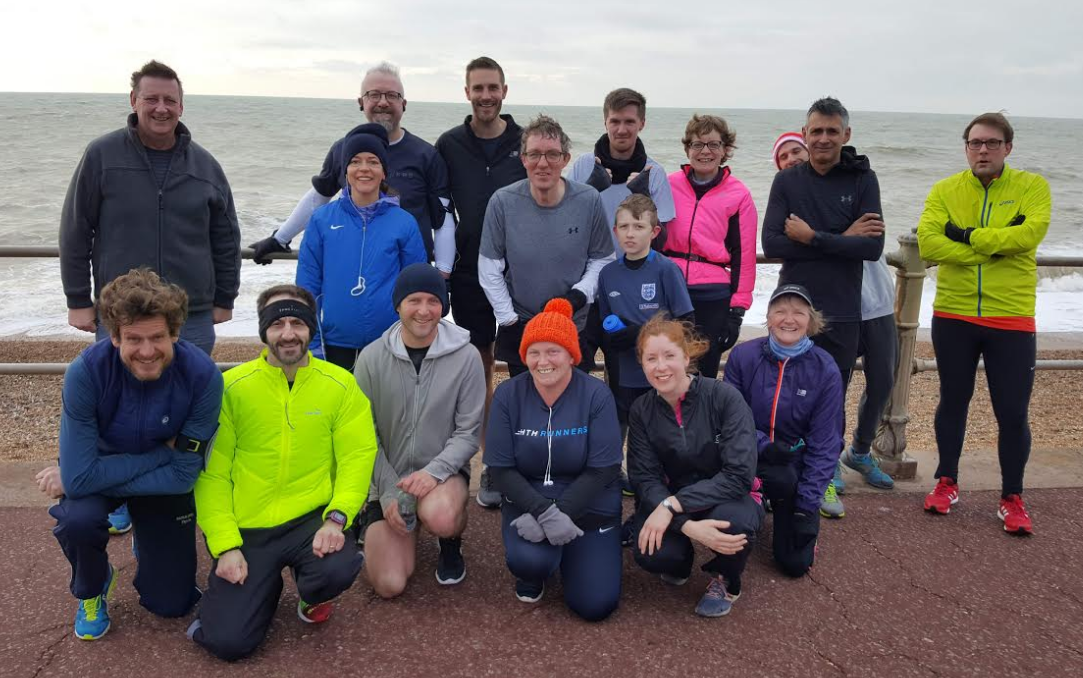 Stories from the day HTH Runners report – well, in true British style the weather at Hastings was the most talked about feature: it was an extremely bracing morning on the prom! The waves were spectacular – although so was the fierce, bitterly cold wind that we were running straight into on the return leg of our out-and-back run…! We meet as a group for an hour on Monday evenings, in the same location as the parkrun start/finish, and several runners have credited their weekly Monday evening sprint relays (which match the final sprint at the end of the parkrun) as having contributed to achieving sizeable new PBs in recent weeks – though yesterday was much more of a ‘just get round as best you can’ kind of morning! Still, a great time was had by all. I’ve attached a photo of most of the group – with a very wide range in finishing times (and with it being so cold for the first finishers to wait for the last) we weren’t able to get a photo of everyone together.

Micky from Selsdon Baptist reports, not much news from SBC I’m afraid, but one minor stat; I ran at Harrow parkrun, number 50 out of 53 in my quest to complete “LonDone”

Also out chasing a goal was Kerena Ivens of Chiltern Church Runners fetching her U for her parkrun alphabet from Upton Court. Zielona Gora beckons for a few of us in August!

Meanwhile my family and I ran at Tilgate – my first parkrun where I have run past an Emu! 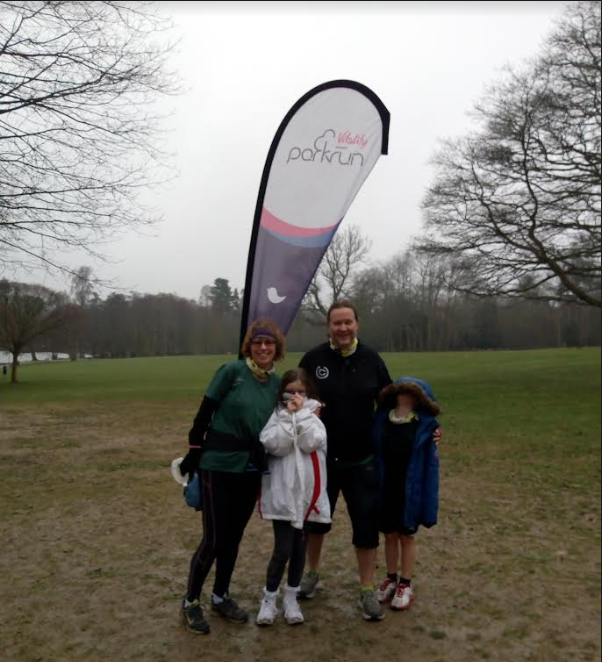 Rothwell saw the Christian Runners UK club out including Jason who is ED there, and fellow runner Richard. 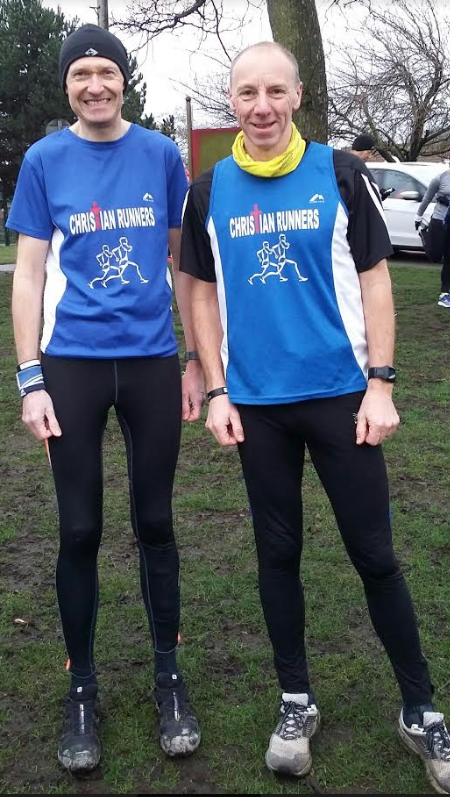 Gayle, Tom and friend at Bushy below – Refresh Church Runners were on tour in Richmond, so thanks for showing the flag at Bushy! 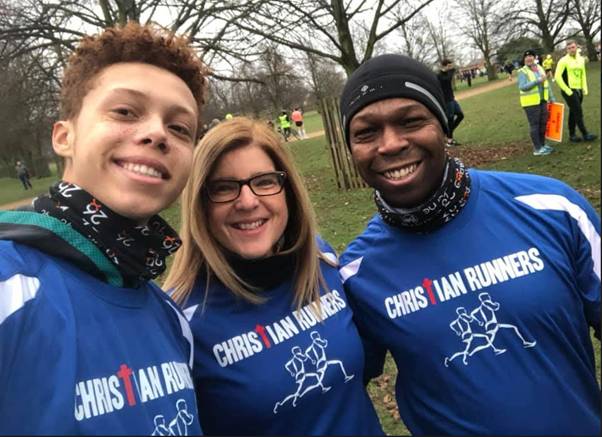 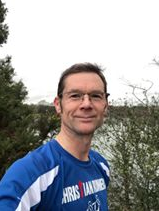 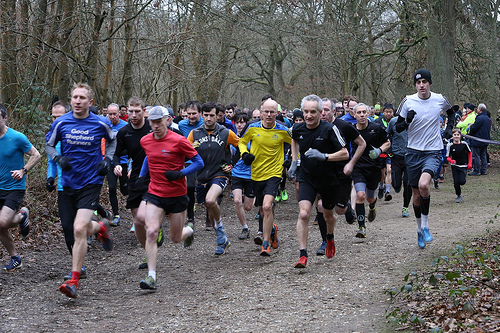 Kevin Lewis started well, and was recorded as first finisher at Banstead – but we all know his wife Fran secretly beat him….. 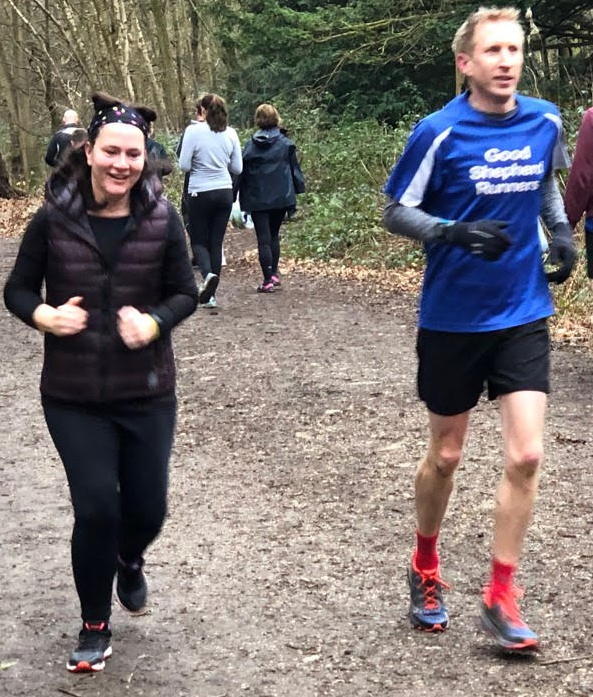 From St Patricks’ Tigers; Sylvia’s first time at Nonsuch. Scott ran a course best. (And, just for you, Ian Cotton ran his second fastest time ever – though not a course best – he’s decided that he likes Nonsuch’s winter course!

Well that’s all the news folks – thanks again for taking part, and a big thank you to Clive & Andy who handle all the results work – much appreciated.