Thank you all so much for coming, 26 ran for Chiltern, 12 for Good Shepherd, 2 for Molesey Community Church, 11 for Holy Trinity Church Wallington, 8 for Emmanuel, and 22 for Selsdon Baptist – 81 runners in total! 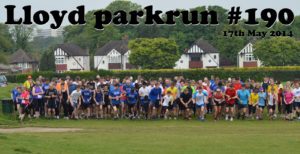 “I should run for God more often” – said Richard Tanner (whilst not a regular church goer himself, kindly running for Holy Trinity Church – Wallington) on realising he’d run his second fastest Lloyd time ever, and fastest for nearly 2 years. Certainly some great times today, I’ll come on to PB’s later – but keep an eye in the results for those who came close – awesome run from Roberta Gilkinson – 1 second outside of her Lloyd PB.

We had our pre run brief –welcoming everyone and reminding them to check in with Mark Constantinou our scorer (others also helped on thed day), thanks to him and also to our Mimi Dibdin our photographer. We were also made welcome by the Lloyd parkrun team in their briefing as well.

Some of you had sampled the delights of the Croydon tram – which was good as we helped smash Lloyd’s attendance record – I’m told the car parking was tricky for the later arrivals! 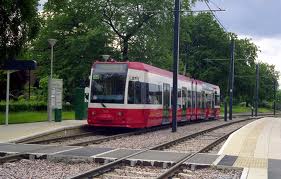 We certainly were blessed with some good weather – though perhaps leaning a little bit towards the hot side, especially for those of us wearing black.

In all 221 people ran Lloyd parkrun that day, and we were spread from position 4 to position 219! It was fantastic to see so many of our runners there.

We were running a new scoring system this time, with handicaps for past performance and the team whose home run it was.

Meaning that the Church runner shield makes it’s way to Selsdon for the first time ever.

I note Molesey where clear winners in the ‘most effort to get to the parkrun category’ so very grateful they came.

I should also say the decision to include Emmanuel as a separate team was made after the event – and there may still be a few kinks to work out on our modified scoring system, but since we run mainly for the fun of it, hopefully you will forgive these. Massive thanks to Andy Crossley on all his hard work coming up with a new system that has great potential, and on the scoring in general. 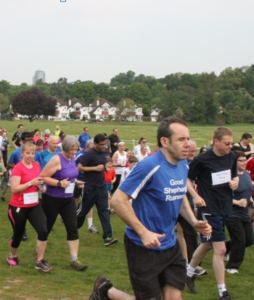 Next Mob match looks to be July 19th at Roundshaw, so get that one into your calendar! Then we are considering an away mob match in September, Wimbledon is the likely venue as it is ‘in between’ and also has Wombles – however other venues being considered so we will wait and see.

The achievement awards that move on to a new runner after each mob match went to, Nathan Dibdin, and Charlie Tanner. 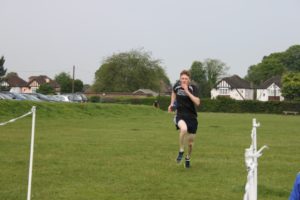 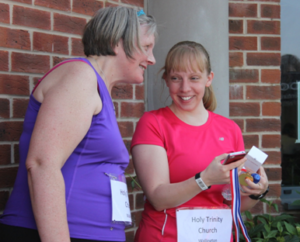 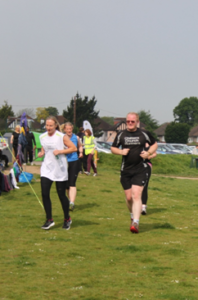 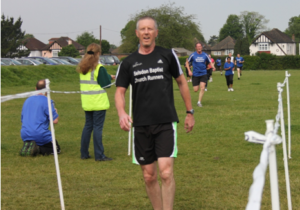 Micky and Jason – both finishing those pb’s

I’ve popped a few more of the photos onto the end – so enjoy.

One lap to go but still happy! 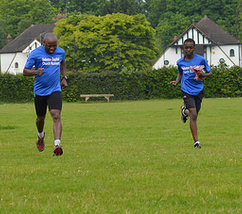 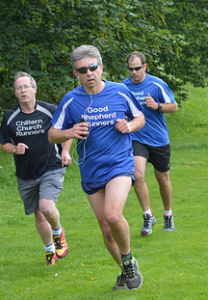 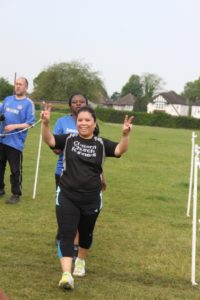