Thank you all so much for coming. 30 ran for Chiltern, 9 for Good Shepherd, 2 for Christian Runners UK, 7 for Holy Trinity Church Wallington, 1 for Emmanuel, 4 for Molesey, and 8 for Selsdon Baptist – 61 runners in total.

We also had 2 mystery runners in our results – both brand new parkrunners who I think checked in with us in error – and who hopefully are now expecting a Church mob match at every parkrun they go to!

It was the last ever running of that particular course at Bushy – the event continues but the route will be new to preserve the park, so well done for catching it before it is gone.

In all 1073 people ran Bushy parkrun that day, and we were spread from position 37 to position 1060!

We were lucky with the weather and it stayed dry, and we were fortunate enough to see the deer roaming – though not too close to the running route.

The churchrunner Shield is retired to Chiltern (as most frequent winners), and now we have the churchrunner Handicap Cup. With the new handicap system getting its first outing we will list positions rather than scores for now, as we iron a few things out, so those positions are; 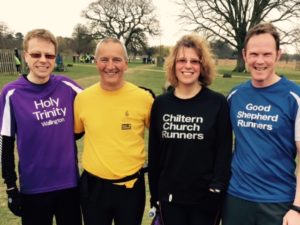 We note whilst Robbie Kurz was like a coiled spring he was sensibly holding back as he was doing a half marathon the next day, he was still fastest in his age category.

The new Family Prize (2 adults, one 14 or under junior) went to the Chan/Morrell’s CCR -76.26 minutes – stunning running.

The two achievement awards that move from runner to runner went to; Cheryl Hudson GS, who had a grand run with a particularly strong finish.

Well done to all the award winners – you all did your clubs and yourselves proud, including;

Louise Sherlock who lifted the other award for Molesey;

Good PB for Adam Hudson, but I hear he was gutted not to beat his previous week’s PB at Riddlesdown, at least his Dad Jason just kept up.

Toks Kadiri is in PB city at the moment having notched his 3rd PB in as many weeks…..

A good strategy from Rebekah Pidgeon and Eleanor Woodman kept each other company all the way round resulting in a PB for Eleanor.

My family may have been the slowest family – but we were the only one to all record course PBs!

Aaron Simpson was unable to beat his dad this time (only because his dad wasn’t running though……) – keep on training Chris!

Martin Drake a special mention again for that magic cup of coffee just when I needed it! A massive thank you to scorer, and bag man (very much at the last minute) – Chris Groom, and also childcare from Robert Dibdin.

Also a mention for Running Church at Shrewsbury who realised they had lots of runners out – and asked if they could be scored in – well worth a shout Matt, but not a virtual mob match this time!

As ever, a few more photos to enjoy, keep up the training and we will see you at Lloyd parkrun May 16th. 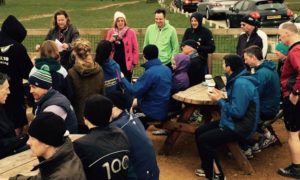 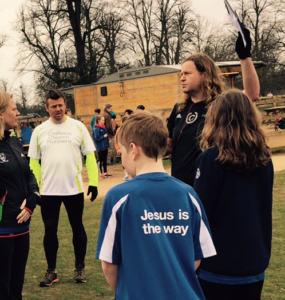 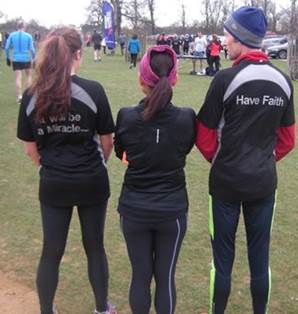 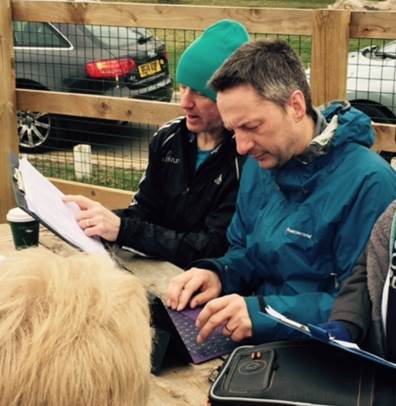