Thank you all so much for coming, 59 ran for Chiltern, 15 for Good Shepherd, 2 for Sutton Christian Centre, 10 for Holy Trinity Church Wallington, 13 for Emmanuel, 9 for St Patrick’s, 11 for Springfield, 5 for the Salvation Army, 1 each for Old Lodge Lane Baptist & Refresh (Molesey) Church and 23 for Selsdon Baptist – 149 runners in total. The Roundshaw attendance record was previously 201 – set when we did our last mob match there, but was pushed up to a massive 256, amazing numbers, and we seem to be making a habit of it.

We were spread from position 3 to position 256.

We were lucky with the weather again, though it was perhaps a little warm for some. We had the founder of parkrun, Paul Sinton-Hewitt present, who was very positive about our presence. Also as ever we had a grand welcome from the volunteer team (thanks to all) – and for those that could stay for a smashing picnic after. 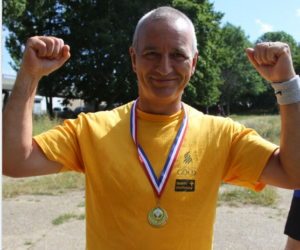 If your team did ‘less well’ this time, do not fear, that’s what the handicap system is for, have faith, and persevere.

The two achievement awards that move from runner to runner went to; Ian Smith HTW – for holding down the fort as vice captain whilst Alyson has been a bit busy. 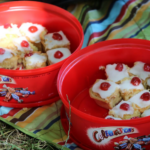 The other went to a mob match debutante, David Foulkes of Springfield Church, marked out by club captain Karen for particular effort on his part.

Thanks also to all the club runners who lent their support for example Peter and Mark Fuller of Southampton Uni Tri club, supporting their Mum Pauline who runs for Chiltern. Many Collingwood runners Chris, Evie, Karen and Ercole to name but a few. Some Striders and Sutton Runners, Wilson’s School, Serpentine RC and South London Harriers amongst others – we are a diverse old bunch!

Maria Lawrence was the only churchrunner present with over 250 runs, but Andrew Crossley is very close on 248 – almost in sync with Paul Sinton-Hewitt on 249 Andy! 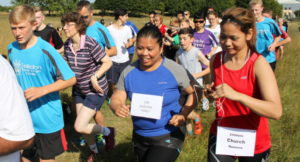 Well done to the Lorkes, great run. Next time – for the sake of variety if nothing else, and to be fair to those without kids, we will run a fastest couple award as the bonus trophy. Future ideas welcomed.

Also running but not mentioned yet were – just too many of you for me to list everyone – but again congratulations to you all, and thanks – including to the one poor soul whose satnav sent her to Roundshaw Park, not Downs.

A massive thank you to scorer Robert Dibdin, and also childcare from David Lunn, photography by Mimi Dibdin & Ric Adams. Results, as ever, by Andy Crossley. Also the churchrunner Technical Director Clive Wickham.

As ever, a few more photos to enjoy, keep up the training and we will see you at  a parkrun of your choice on September 19th – myself and a few other Chiltern runners are heading for Southern Ireland to parkun there, make a plan & have some fun – or plan to be with your mates at your home run, whatever you like! 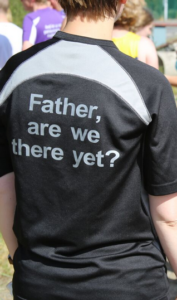 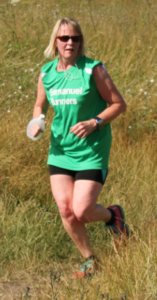 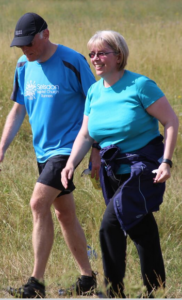 Make up your own captions for Alyson and Jason please… 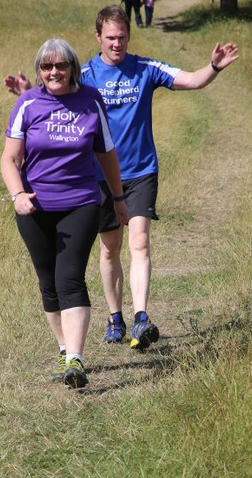 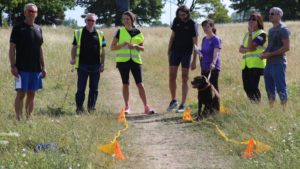 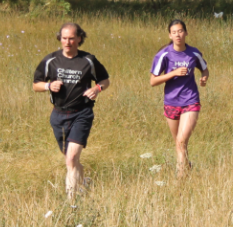 People approach parkrun in different ways – but these three all look very cool, shades on… 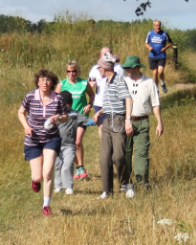 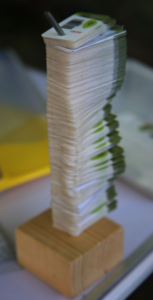 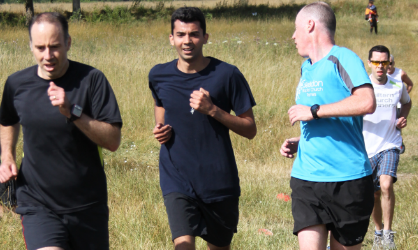 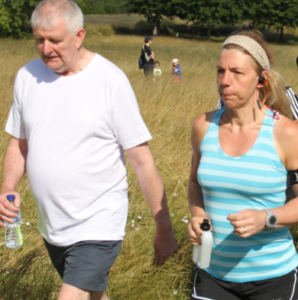 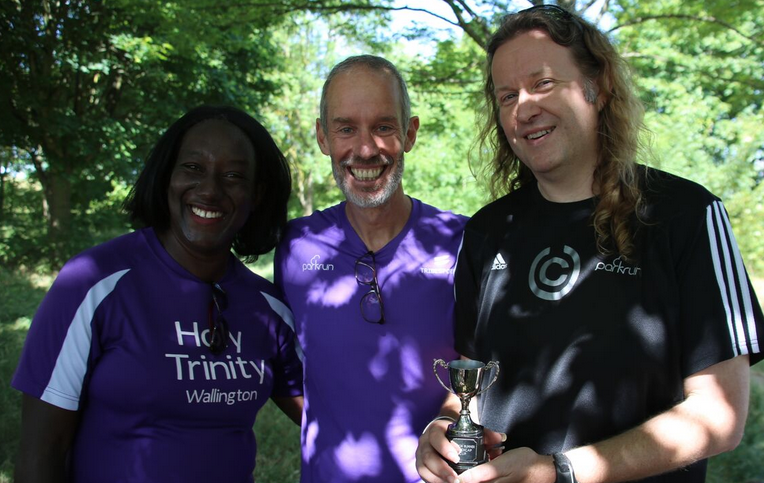