Having realised we had to cancel our Riddlesdown mob match over health and safety concerns (raised quite rightly by Emmanuel Runners) at putting an extra 50-70 runners onto a very muddy and slippery course we didn’t want to miss out completely – so we decided to switch to a virtual mob match instead.

We realise this gave the non-London clubs very little time to react as we had not advertised Riddlesdown nationally, apologies. Just to even things out we will run Riddlesdown in September, but also run a national virtual, rebranded as the churchrunner National Mob Match the same day – September 10th, feel free to put it in your diaries now.

In total there were 143 runners, across 41 parkruns (actually more than the last virtual) running for 18 Christian running groups/churches.

Obviously none of this would be possible without parkrun – so a big thank you to them. Also well done to all of you who volunteered in support like, for example, Charles Cotton (St Patrick’s Tigers), Marie Gray (Chiltern Church Runners), Toby Shearlock & Nikki Tarrant (Holy Trinity Church Wallington Runners) impressive on Nikki’s part as she ran at a different parkrun to the one she volunteered at! Last but not least I’ll mention Neil Dawson (Chiltern Church Runners) who was the final runner home in our mob match, his volunteer role at Roundshaw where he ran – Tail Runner. parkrun relies on volunteers, so do support them where you can.

41 locations in total, once again a larger spread than ever before for us.

Maybe we will see a few people at the Paris parkrun scheduled to start at the end of this month in our September virtual? Start making your plans.

Clubs and Churches – who ran?

Some familiar names, and some new,18 clubs or churches in all, more than last year.

The hardest fought parkruns were; Roundshaw Downs with 6 clubs, then Bromley with 4.

As ever, everyone won! However I will say more.  Andy’s magic spreadsheet has been working and came up with the following scores, after handicap;

I think it’s fair to say a giant has awoken with the Salvation Army turning out a massive 31 runners from 11 locations.

I note 3 of these are National organizations, so just for fairness the top 3 local churches were; 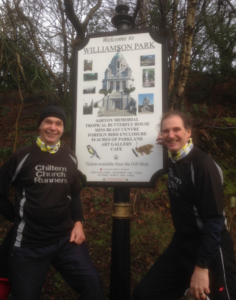 The Salvation Army had the highest scoring Men’s, Women’s, and Juniors groups. However the handicap system plays havoc with everything after a big win! The playing field is as level as we can make it, even if the courses are not.

For full individual results, please go to the results section of this site. 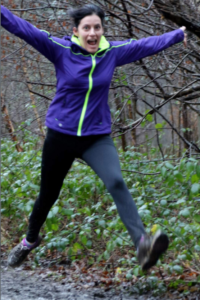 Thanks again to all of you for taking part – I hope you had fun (like Kerena above). Don’t forget the awesome Bushy parkrun on March 19th is the next mob match. 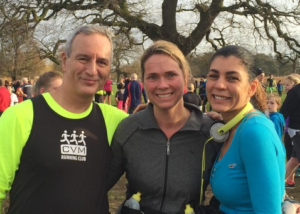