Well the rain had been heavy, and there was a bit of mud, but it held off early morning and around 400 runners started off on their parkrun at Nonsuch in Cheam, a mixture of tarmac and grass, the course is fairly flat and whilst slippy in places was not too badly water logged. The rain still held off, and 385 determined souls finished their Saturday morning 5k.

23 ran for Chiltern, 18 for Good Shepherd (including single lappers), 12 for Molesey Community Church, and 5 for Selsdon Baptist – the scoring looked close for a while (due mainly to some Chiltern runner disorganisation) – but in the end numbers had it, and the relative positions mirrored the number of runners. A clean sweep for Chiltern this year – but I do not doubt it will not last forever!

A few people forgot, or had issues with barcodes, all but two of those made it into the mob match score sheet, the ones who got away were Jeremy Eggleton (CCR) – who had taken 2 minutes of his previous run time at Roundshaw, and Lisa Webster (GS) who, maybe, did one lap (with helpers in buggy).

A mention as well to Micky Wheeler who dashed from his night shift to London Bridge, only to find engineering works – both God and the railways work in mysterious ways and he just managed to make it to Lloyd parkrun to find a new SBC runner doing their first run, and was able to encourage them round.

Picking out some running highlights…

Matthew Stone of Selsdon Baptist clocked the highest age graded score of all 385 runners – whilst Adam Hudson of Good Shepherd was the third highest ranked junior also out of the whole field.

Within the churches…
First Women Home 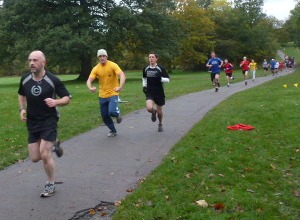 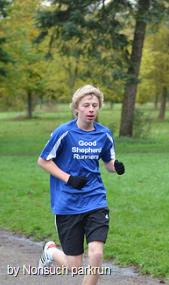 See the table that follows for Josh Smith’s achievement.

Also cause for celebration was Ellie Howick joining the junior 10 club, and Jason Hudson making it to 50 runs today.

Pb’s for Emily Hudson, Sue Gray, Andrew Crossley, and Andy Watts.
First Timer’s to Nonsuch are too many to list individually, but include the whole of the MCRC, and quite a few Chiltern’s and SBC’s, as well as one Good Shepherd (if you click on the notes field of the parkrun run results it puts all the first timers together for those that want to see).

Talking of numbers there are now over 200 runners who have run in London for one of the 4 church clubs running today – in March of 2010 it was only 9 runners. Quite some growth there.

All in all there were some heroic efforts – and I for one had fun in the mud! Just running again properly for the first time since June [enforced break] was a delight – and I’d like to thank Eric and John for keeping an eye on me during the run to make sure I behaved.

Sadly the rain came down at ten and reduced the numbers at coffee time, though some stayed back for chat and cake – both of which were very pleasant. 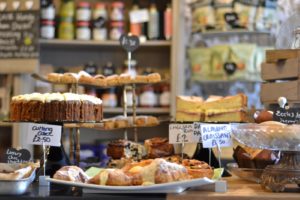 It may be Lloyd in the spring, and Andy suggests bringing your wellingtons for their hilly grass course!